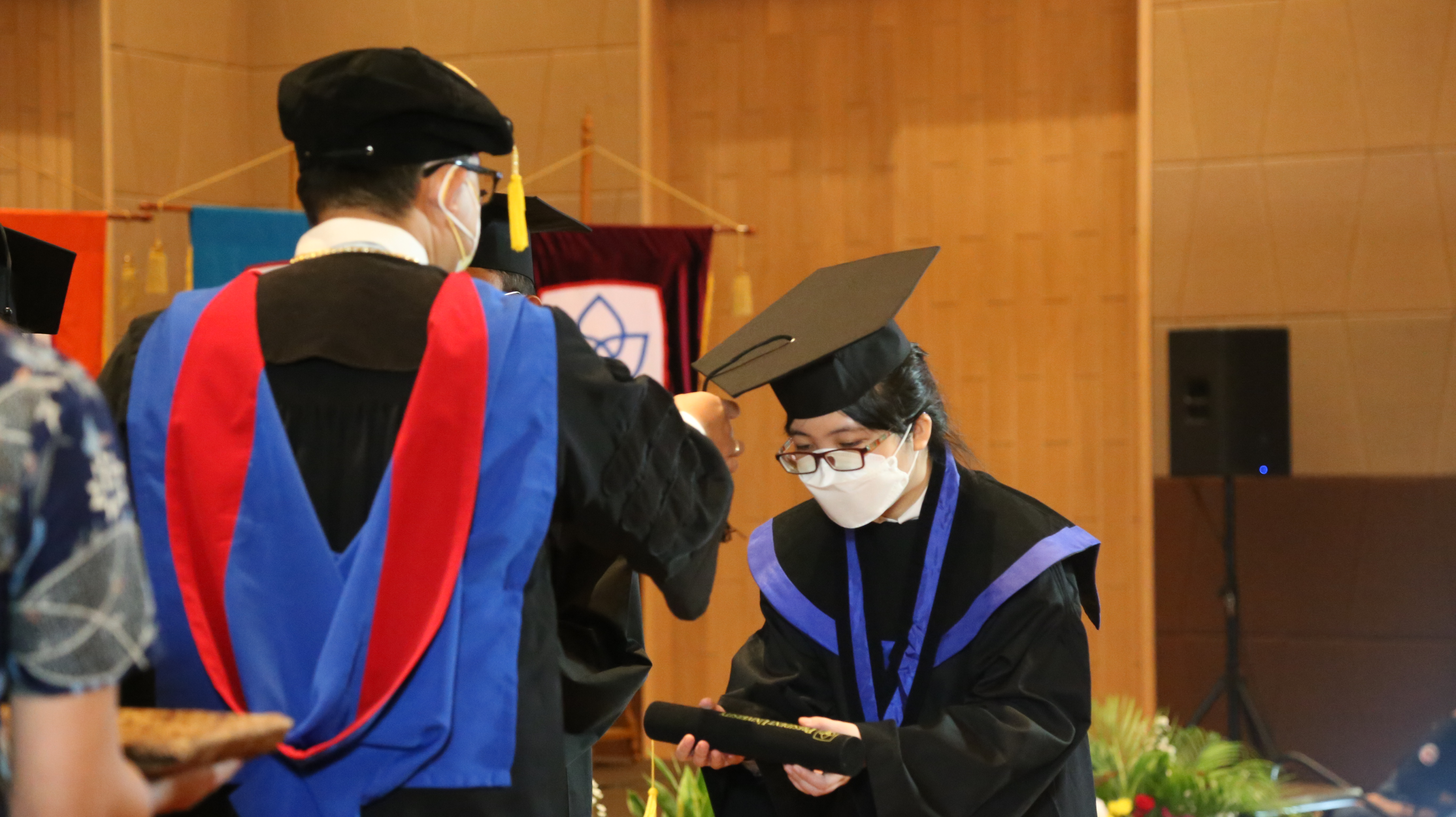 Appointed as Employee After Internship at Overseas Company

One of the organizations that Herny participated in was the Student Senate. She joined the President University Student Council (PUSC), an organization that serves as a bridge between students and the university.

Born in Batam, February 7, 2000, Herny was also active in participating in various competitions. For example, she has won several competitions, such as the First Place in the Hackathon Competition by SetSail BizAccel, a business incubator established by PresUniv. Herny also became the Top 10 Finalist BIOS Hackathon organized by Universitas Multimedia Nusantara. She was also a Sakura Science Program Awardee, a student exchange program at Teikyo University, Japan. While studying at PresUniv, Herny received a 100% scholarship.

Now, Herny has worked as a Junior Product Developer at Knight Connections Sdn. Bhd., a Malaysian company. Herny said that at first, she had an internship as a software developer at the company. “I underwent an internship period of six months. After that, the company asked me to continue with the internship program. I agree, but ask permission from the company to finish the thesis first. The company also agreed,” said Herny.

After finishing her thesis, Herny kept her promise by continuing her internship program at Knight Connections Sdn. Bhd. "I joined again in early January 2021," she said. Now, while working, Herny has made a plan. She said, “I plan to continue my studies again next year.” (Silvia Desi Betrice, PR team. Photo: Silvia)