You studied in the International Relations Study Program. Do you really want to be a diplomat?

No. In Madura, usually, youngsters only go to high school. After that, they did not continue their education. Because I was in the top three, I got scholarship offered from everywhere. I got a scholarship from Petra Christian University, Surabaya, for English Studies. Coincidentally, since the second grade of high school, I have been teaching English.

When I was accepted at Universitas Gadjah Mada (UGM), I had to choose. I chose UGM. When I was in college, I did not know what I wanted to be. I was just following my brother's directions. At that time, my brother happened to know that my uncle was also studying International Relations at UGM, and worked at the Department of Foreign Affairs. So, my brother directed me to study in the same major.

After graduated from UGM, I was asked to lead an Islamic boarding school. Incidentally, my grandfather did have a boarding school too. However, I asked permission to choose to go to Batam because there was a project by Mr. BJ Habibie (the 3rd President of RI). I became the contact administrator. In Batam, I interacted with many large companies and contractors. I learned project management from them, including ways of diplomacy and expressing opinions. While working in Batam, I learned how to plan large projects with all their complexities, including how to resolve conflicts. Maybe that’s what made Pak Habibie fallen in love with me…. ha ha ha.

You are from International Relations, but self-taught about project management. That is something very different, isn't it?

That is right. I learned project management knowledge from the practice. The project managers, whenever there is a problem, always ask for my help. And, I can finish it even if I am not an engineer. In there, I helped bridge the differences in perceptions in making project reports, making minutes of meetings, etc. From there, my knowledge grew. Moreover, I get along a lot with the international environment.

One time I was asked to return to Jakarta to help build the airport runway. However, in 1998, there was a reform. I also joined the Partai Kebangkitan Bangsa (PKB), which was founded by Gus Dur. He later found out that I was a graduate of International Relations, so I was asked to take care of PKB's "foreign department". Because I was in charge of foreign affairs, when Gus Dur received invitations from various countries, such as America, Europe, China, Australia, and he could not attend, I was appointed to represent him.

Then, surprisingly, Gus Dur was elected as the 4th President of the Republic of Indonesia. I got the impact. That was, I was then asked to become the Indonesian Consul General in Jeddah, Saudi Arabia. This is a strategic consulate general. 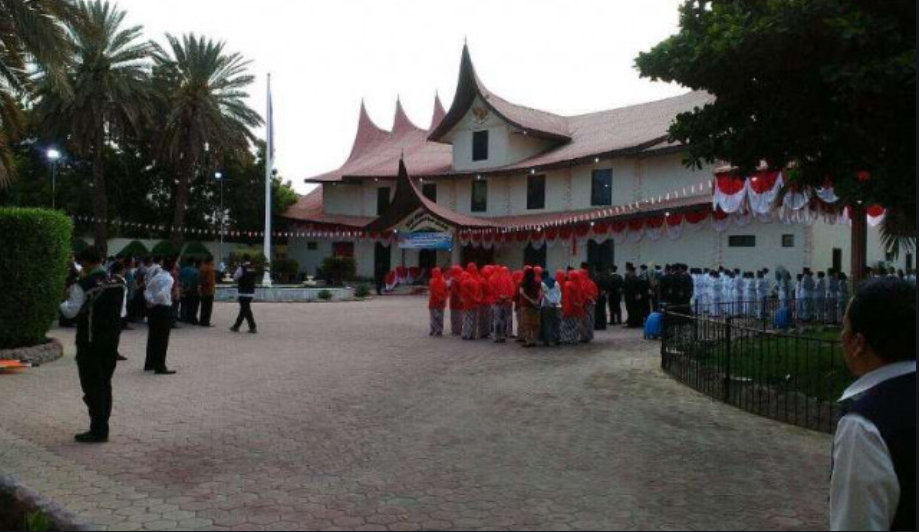 Wisma Consul General of the Republic of Indonesia in Jeddah.
Source: viva.co.id.

What is the strategy?

In Jeddah, there is a Hajj Attaché. The only consulate general with a hajj Attaché is Jeddah, although there are also educational and employment Attaché. Complete. In Jeddah, the Indonesian Consul General is at the same level with an ambassador.

What was the biggest challenge while serving as Consul General in Jeddah?

About one million Indonesian citizens are there, and most of them are female workers (TKW). Furthermore, most of our TKW are uneducated. So, their position is weak. There are many cases of TKW whose salaries are not paid and work excessively. While leading the Indonesian Consulate General in Jeddah, I realized that if we want to change, it all depends on us. We also provided education and assistance.

Beyond that, I opened formal and informal diplocation channels. So far, we have been busy with formal channels. The lobby is government to government (G2G), both bilaterally and multilaterally. You can also use another route. For example, use the International Labor Organization (ILO) or the Organization of the Islamic Conference (OIC).

During my time as Consul General in Jeddah, all access to information was open. We also empower through four aspects—first, the structural aspect. We have improved our regulations so that they are more explicit. Second, the cultural aspect. Arab culture with Indonesia is sometimes different. So, it is necessary to explain what is allowed and what is not. Third, the intellectual aspect. Every month we held meetings, socialization about which are dangerous and which are not. Fourth, the spiritual aspect, which was prayer. We do everything in parallel—that way, many changes took place. For example, officials in Saudi Arabia who initially did not want to care now defend our TKW. That is because they know that we have made improvements. So, it all starts with ourselves.

How did you take care of Indonesian Hajj?

Hajj from Indonesia is the largest in the world. No less than 250,000 people every year. That is the official one. Not to mention the unofficial. So, it was incredibly busy. Indonesian Hajj has been praised as the most orderly Hajj. The management is the most advanced. I have been invited many times to get appreciation. That was amazing. 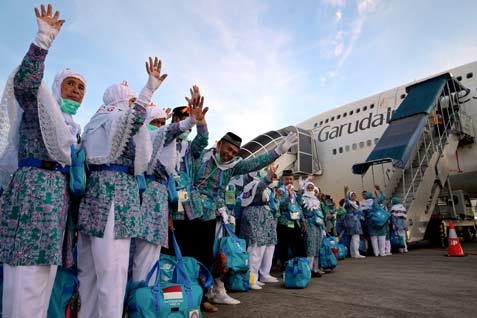 What makes Indonesian Hajj more orderly compared to Hajj from other countries?

Hajj from other countries, because the total was only a few thousand, the country was not too involved in regulating. Meanwhile, there were many hajj from Indonesia, around 250,000 per year, so they must be regulated. Starting from the time, placement, health, lodging, departure to return, and so on. The problem was more complex, but we can manage it well. So, if in the country, there were still many criticisms about the management of the hajj, but abroad, for example, in the world hajj meetings, the OKI, and so on, they praised us. Even the government of Saudi Arabia always appreciate our Hajj governance.

If we talk as a nation, what can we learn from Saudi Arabia, and vice versa?

Saudi Arabia has not seen Indonesia as a whole. They know Indonesia only from TKW or hajj. Only that. Maybe now is the time for us to provide complete information about Indonesia.

Likewise, Indonesia must know Saudi Arabia not only in terms of its religiosity but also its technology. When I was a special staff of the Minister of Research, Technology and Higher Education, I was surprised when I learned how the campuses’ technology there surpassed the Bandung Institute of Technology (ITB).

Saudi Arabia is a rich country, but they do not know what the money is for. They have no ideas, concepts, or plans. Meanwhile, Indonesia has many ideas, but they do not work because they do not have the funds. Well, if these meet, it would be awesome. It just needs to build mutual trust. If the trust already exists, mutual support will appear. The key is there needs to be an exchange of information, as well as mutual visits, in order to get to know each other, to get a complete picture. Hopefully, that will happen in collaboration.

Correct. When I entered the agricultural area in Saudi Arabia, it turned out that the leader graduated from the Insitut Pertanian Bogor (IPB). You do not know yet, right? Likewise, in Qatar, some surgeons are Indonesian. This kind of diaspora needs to be exposed, so that information exchange can be accelerated and generate solidarity. There are domestic and international synergies which are now termed international or domestic international. So, there is a domestic situation that positively influences the international, and vice versa. (JB Susetiyo, Gilang Suryanata, Lita Gabriela, and Silvia Desi Betrice, team PR)