Tariq bin Ziyad. His name is remembered as the Commander of the Muslim army known for his bravery and totality. What exactly was he doing?

Tariq was sent by his leader, Musa bin Nusair, to lead troops from North Africa in the invasion of Andalusia (now, Spain). At that time, Andalusia was colonized by the Visigothic King Roderick. King Roderick ruled the colony ruthlessly and arbitrarily. He oppressed his poor people with high taxes and forced labor. Those who resist will be killed.

King Roderick's atrocities infuriated Julian, Prince of Andalusia. So, he also asked Musa bin Nusair for help to free his country from the colonies of King Roderick and the Visigoths. Musa agreed. He sent Tariq to free Andalusia from the tyranny of King Roderick.

Tariq departed with 7,000 troops. Several online sites wrote that, using a boat, they landed on the rock of Gibraltar. Immediately after landing, Tariq issued an astonishing order, "Burn all ships and all their goods!," His troops gasped. "If all the ships are burned, how are we going to get home?," They shouted.

Tariq answered aloud, "We did not come here to come back. The ships are gone, so we can't go back. There are also no supplies. Behind us is the sea. In front of us are the enemy troops. So, if we want to live, our only choice is to go forward, conquer the enemy and seize their provisions, or we will all perish." Tariq is like that. His determination was unanimous, his guts burning. This Tariq's utterance was later remembered throughout the ages and made his name as commander-in-chief legendary.

Tariq's words, coupled with the compelling conditions, made the fighting spirit of his troops go crazy. They finally managed to conquer King Roderick.

Everything in Our Body is Capital

it is history that happened in the past. Around the year 711 AD. Now, we return to the present.

Friday in early February 2021, the President Development Center (PDC), a business unit of President University (PresUniv), held a webinar entitled "No Modal, No Sukses. Benarkah?" The speaker, Saripin Taidy, founder and President Director of PT Probesco Disatama, a machinery and heavy equipment company. There were more than 400 participants taking part in the webinar which was guided by Prof. Dr. Jony Haryanto, Rector of PresUniv. One of them is SD Darmono, the founder of the Jababeka and PresUniv Group.

In the webinar, Saripin tells about himself. "I came from Medan to Jakarta with one determination, that is, I will not return home without success," he said. His spirit is exactly like Tariq bin Ziyad. So, Saripin migrated to Jakarta and started his career working as an employee in a company. During work, he mused. He said, "If the job continues like this, when can I be successful." He also began to think about having his own business. Only, he felt, the biggest obstacle was capital. To be exact, he didn't have much money.

Saripin felt that he was facing a "dead end" until he met a conglomerate. At that time, the congressman advised, “Saripin, who says you don't have capital. In fact, everything in our bodies is capital. Our eyes, our ears, our feet and hands, our knowledge, skills, and especially attitude, and many more, are all assets. Use it all to be successful. " 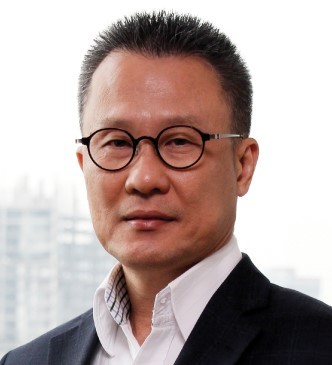 Saripin was touched. He checks everything that is in him to be used as capital. And he found that his honesty could be an asset. And, that's right. He shared, "Because of honesty, there are business people who believe in leaving their goods so that I can sell their goods without having to pay first." Saripin also managed to sell these items. From there Saripin's journey as an entrepreneur began, after he felt that his career as an employee was never moving.

So, Saripin became a businessman — of course, with ups and downs. After his business grew bigger, in 1980, he decided to start his own company: PT Probesco Disatama. This company is engaged in the business of selling and renting heavy equipment, such as tractors, imported from China. Its services include repair and maintenance, supply of components and hose assembling. His clients are mostly companies engaged in the forestry, agriculture, mining and construction industries.

Probesco's service network is now spread across regions throughout Indonesia. Starting from Sumatra, Java, Kalimantan, Sulawesi to Papua. In Jakarta, Saripin controls its business from its office at the 15th floor of KEM Tower in the former Kemayoran Airport area, Jakarta.

Now, because of his experience of ups and downs in managing a business, including when facing the economic crisis in 1998 and receiving the Ernst & Young Entrepreneur Spirit of the Year Award in 2004, Saripin is happy to share his life experiences with many people, especially those who want to have their own business. He said, “Many people complained to me that they wanted to be entrepreneurs, but they didn't have the capital. I understand that what is meant by capital here is money. So, I talked about my experience when I started a business, namely that my capital was not money, but honesty."

In a webinar at PresUniv, Saripin repeated, “Capital can be in any form. Can be knowledge, tenacity, ability to argue, skills, courage, networking, and the most important is attitude. So we have a lot of capital. "

He also shares his success tips. Among these, Saripin always took the time to read at least two books per month. There are five book topics, namely human relationships, negotiation, leadership, biography, and entrepreneurship.

Then, he also emphasized the importance of attitude. He said, "Academic ability is very important but not sufficient. Must be followed by supporting knowledge, such as emotional intelligence and organizational skills." So, for students, he advised them to be active in activities on campus and socialize.

Another skill that needs to be honed is execution. "Ideas can become capital, but without concrete action it will not result in anything," said Saripin. He said, successful people are people who are always willing to learn and can implement their ideas into concrete actions.

Saripin said that Indonesia has resources that can be processed into business. He is optimistic that Indonesia will become one of the countries with the strongest economy in the world. He also mapped three major issues happening in the world today. First, globalization which will turn into regionalization. Second, the business trend that is going towards e-commerce. Third, the trade war between China and the United States that will last a long time. "We must be able to take opportunities from such conditions and turn them into capital," he explained.

At the end, Saripin explains the meaning of success. "Success is broad in scope. Not only being an entrepreneur, being a good professional is also a success. And, success is a journey, not a destination," he concluded. (Gilang Suryanata and JB Susetiyo, PR team)