> Feature > A Story From Ahda, a Student at President Univ, Who is Studying in Ireland

A Story From Ahda, a Student at President Univ, Who is Studying in Ireland 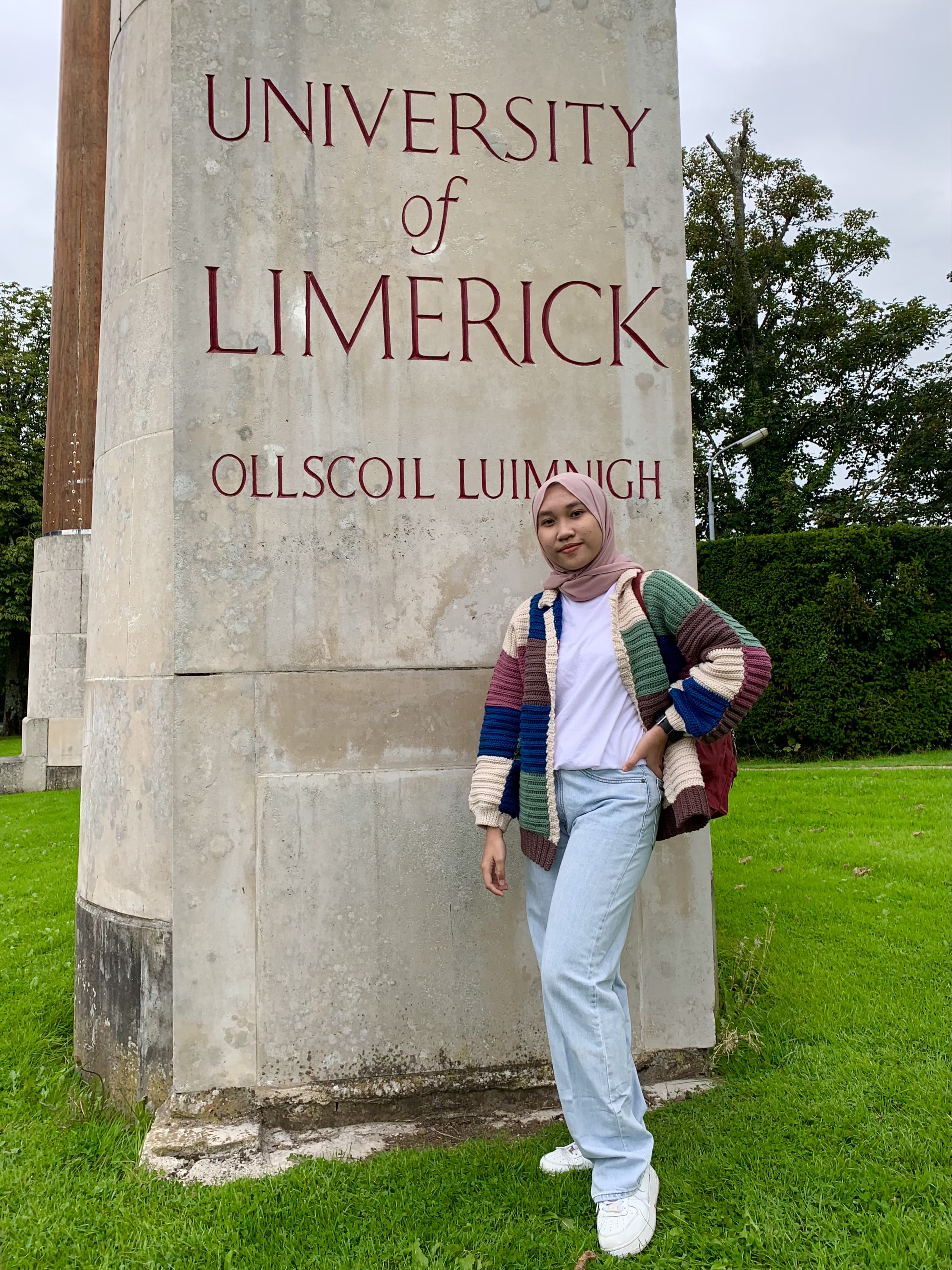 In June 2021, five President University (PresUniv) students passed the Indonesian International Student Mobility Awards (IISMA) 2021 program. One of them is Ahda Ayudia Hairisa, a student of the International Relations Study Program, who has started her lectures offline at the University of Limerick. IISMA, a program from the Directorate General of Higher Education (Ditjen Dikti), Ministry of Education, Culture, Research and Technology (Kemendikbud Ristek), has brought her to a new experience, studying directly at one of the best universities in Ireland for one semester.

Being in a country with a different culture is a challenge for Ahda. Especially amid a pandemic situation. She admits that she is excited and terrified at the same time. Happy to be able to study in a European country but worried about whether she will be able to adapt to her new environment. Says Ahda, “I always ask myself, how can I survive, far away from home in a completely different culture without knowing anyone.”

However, her worries vanished when Ahda arrived in Ireland. She was warmly welcomed by the study abroad team from the University of Limerick. Ahda said that the team made sure everything was in order. All the needs of Ahda and other friends are already prepared. In fact, explains Ahda, "They also treat us as if we were members of their family." Not only that, but Ahda also told how friendly the Irish people are. They love to greet with simple words like "Hi, how are you?". And she often gets that greeting from strangers who pass in front of him while walking down the campus. Ahda is grateful. She feels she has made the right decision by choosing Ireland and the University of Limerick as her temporary home.

In addition to adaptation issues, Ahda was also worried about her existence as a minority. Ahda is Muslim, while the majority of the population there is Catholic. However, Ahda later discovered that Ireland is one of the most diverse countries in Europe. There are various religious and ethnic adherents. “Here, there is even a prayer room for Muslim students that can be used at any time. The room is big, clean, and very equipped,” she added.

Study and Travel for Free

At the University of Limerick, Ahda got a lot of new experiences. One of them is in the learning system. At this university, each course has additional learning hours outside of regular lectures called labs or tutorials. In contrast to lectures that are conducted on a large scale with a large number of students, tutorial classes and labs are more like group discussions guided by a moderator. "That is when we discussed the lecture earlier, but more practically," she said. She then gave an example of one of the courses she is currently taking, namely Intro to Journalism. Ahda explained that during their regular lectures, they were taught journalism theories, but during tutorial classes, they focused on practicing writing news articles. She is happy with this system. According to her, this system helps her be more focused and clear about what she has to learn.

Not only that, Ahda said, she was greatly helped by the student academic counseling program at the University of Limerick. She says, “I can arrange a meeting with the counseling team to talk about assignments or just talk about how stressed I am. Almost anything can be discussed. They will also provide feedback on my assignment or essay and guide me on how to do it right.” She found this program very useful, especially because she still needs to adapt to the academic standards here.

During her study abroad, Ahda felt that she had become more independent. She set her own schedule. For example, she chose Tuesday and Friday as his days off. During those two days, she used her time to do activities other than studying, such as doing housework, washing clothes, shopping for groceries, or just hanging out with friends in her flat. Not infrequently on weekends, Ahda goes on a free trip that has been arranged by the study abroad team. “We went to some famous sites or cities in Ireland. The trip gave me many opportunities to learn more about Irish culture. Plus, it is all free,” she said with a big smile. (Silvia Desi Betrice, PR team. Photo: International Office)