How is the portrait in Indonesia? Almost the same. According to a 2019 Deloitte report, only 13% of family businesses survive into the third generation. Then, what needs to be done so that family businesses can get out from the curse of the third generation? The question intrigued Hadi Cahyadi. So, he also conducted research involving several family businesses with the following criteria: has been in business for more than three decades, has involved the third generation, has stable performance, has survived two crises (the 1998 and 2008 economic crises), and has a net worth of more than US$1. billion. From this research, Hadi obtained a formula abbreviated as PHC, namely Parenting to Equip, Harmonize to Prosper, and Collaborating to Endure.
Let us break it down one by one.

Parenting to Equip. There are several. For example, parents need to educate their children who will become successors with virtue values, such as love, gentleness, respect for loyalty, courage, frugality, and do not waste time. Parents also need to act as "shepherds" for their children. This applies both at home and in the office. “This attitude as a shepherd needs to appear since the children are still in the womb. The form is, for example, by providing good nutrition so that their children will grow up healthy and smart,” said Hadi.

Next, children also need to be prepared to face all obstacles. Hadi explained, “Nowadays, everything in the world is very easily disrupted. Many factors cause a company to be disrupted. For example, technological developments, business competition, changes in government regulations, or changes in government. The Covid-19 pandemic can disrupt family businesses," said Hadi. So, parents need to educate their children so that they are always ready to face disruption.” How to? Get the children involved in the business as early as possible. Involve them in company meetings, meet customers, introduce them to their parents' network. Then, "inject" the children with promethean drives, which sparks their interest in business, including the desire to succeed. This is adjusted to his talent and passion. This can be done, among other things, by sending their children to the best educational institutions. 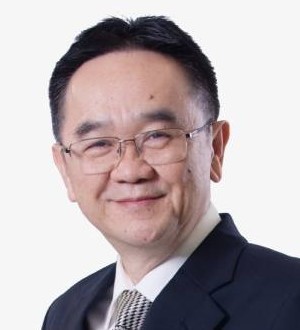 Some of the knowledge that parents have is explicit, but some are tacit. What is the difference? Explicit knowledge has been recorded and documented, whether in text, images, sound, or video. Meanwhile, tacit knowledge has not been structured, recorded, or documented. This knowledge is usually only owned by those who experience it. What is an example? Tanan then talked about his 31 years of working with Indonesian property tycoon, Ciputra (late). "If I see the land, just smell it, I will know if the area is developed successfully or not," said Tanan, imitating Ciputra's words. The knowledge that Ciputra has, said Tanan, is tacit. Ciputra has this knowledge because of his very long experience in the property industry.

Then, how can such tacit abilities of parents be taught to their children? Tanan, who is also an Independent Commissioner of PT Metrodata Electronics Tbk., then cited the concept developed by Ikujiro Nonaka, a professor at the Graduate School of International Corporate Strategy, Hitotsubashi University, and complemented by Hirotaka Takeuchi, a professor at Harvard Business School. Both concepts are known as SECI, which stands for Socialization, Externalization, Combination, and Internalization.

Socialization or Tacit to Tacit. At this stage, parents work with their children either in the company or while working on certain projects. Children can observe how their parents work, imitate, and apply it in the field. Here, parents explain in detail to their children various processes related to work in companies or projects in the field, including tacit matters. Do not imagine the form of socialization here, as parents explain in class. Not that. Socialization is usually done in the form of discussions or parents sharing their experiences with their children.

Externalization or Tacit to Explicit. This is an important stage, namely changing tacit knowledge to be explicit. So, all the explanations of tacit from parents to their children must then be documented. The form can be writing, images, sound or video recordings, and so on.

For example, said Tanan, Ciputra's long experience in the property business was then documented and crystallized into three main values in the Ciputra Group, namely Integrity, Professionalism, and Entrepreneurship. These three main values then become a guide for children, grandchildren, and all levels in the Ciputra Group in running their business.

What is the meaning of each of these values? Tanan explained, Integrity is the only word with action. "By upholding integrity, the company will be respected and trusted by both customers and the community," said Tanan. Then, continued Tanan, professionalism will make the company superior and reliable. Tanan said, "Professionalism is needed to ensure success in today's world." Then, what about the future of the company? He said, “This is where the company and we need to have an entrepreneurial spirit. This spirit will make the company always innovative to be able to build a sustainable business. So, Tanan said, entrepreneurship is needed to ensure future success.

Combination or Explicit to Explicit. The results of the conversion from tacit knowledge to explicit knowledge were then disseminated throughout the company. Dissemination can be done in various ways. For example, through leaflets or various written documents, voice or video recordings, various knowledge-sharing events within the company, or knowledge management portals.

Internalization or Explicit to Tacit. The conversion from tacit to explicit was still in the form of knowledge, not yet embedded in the mind, and became part of the system in the company or became tacit. For this reason, an internalization process is needed both for their children and all levels of the company. The internalization process can be done in various ways. One of them is by letting the children and company staff experience it. (JB Susetiyo, PR team. Illustrations and photos: http://business.rssfeeds.pw/ and www.ciputradevelopment.com).