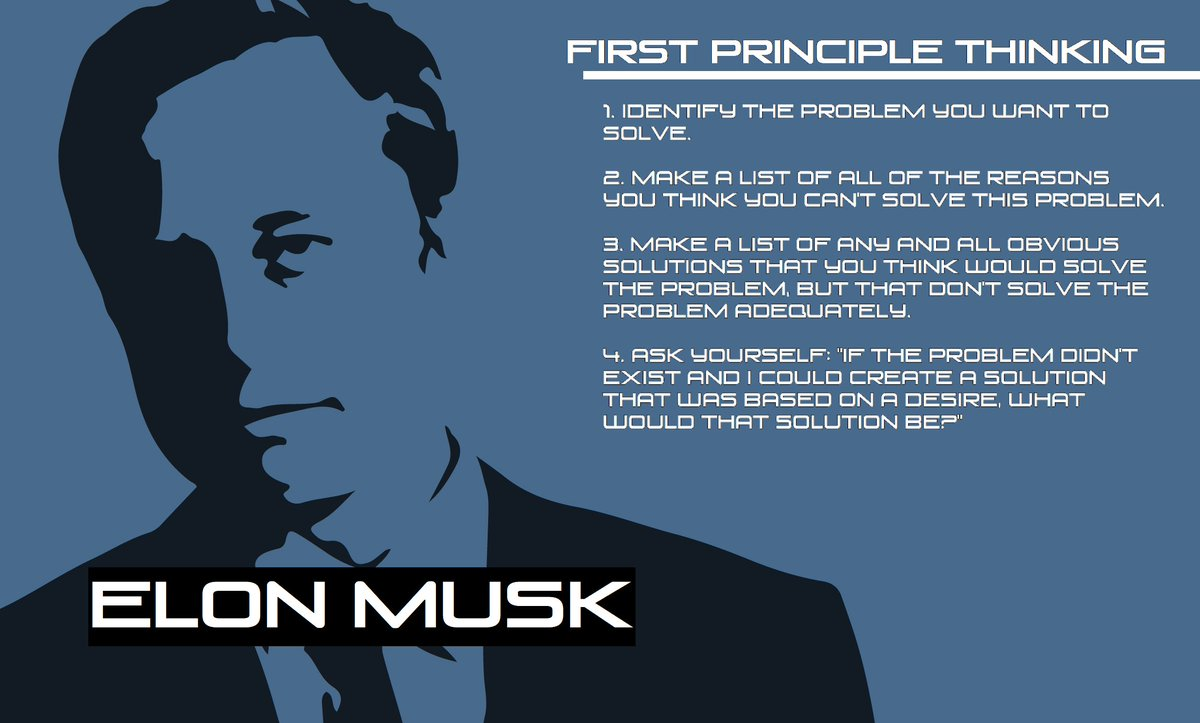 Who doesn't know Elon Musk? He is the figure who has started a revolution of electric cars, rockets, to the internet for the whole world. Musk is even trying to read the minds of living things via wireless technology. He says that he practices first principles thinking to do things that most people think are impossible.

One of the secrets of Elon Musk's success is in his way of thinking. First Principle Thinking is an ancient philosophy that he applies. It was coined by Aristotle who believed that we learn more by understanding the basic principles of a subject (the main principle or origin of all things). In Silicon Valley, this approach is popularly used as a decision-making strategy. Although most of us think of problems based on our general knowledge of them, starting from scratch to get to the root of the problem can help us see it from a new perspective (menyelami.co).

One of the reasons electric cars were unpopular 20 years ago is because batteries used to be expensive. Gasoline is still abundant and cheap, so why bother? This trend also continued until Tesla came along.

1. What materials are used to make batteries?

2. Who sells the basic materials at the lowest price?

He found that the average price for commercially available batteries was US$600 per kWh. But by buying all the materials himself, the total cost was only US$80 (IDR1.2 million) (id.techinasia.com).

The next challenge was how to combine these materials to make a battery, and the cost is much cheaper and reasonable. Using this principle of thought, Musk decided to build an electric car. What we see now is only the beginning, before everyone replaces their own car with an electric car.

Practicing First Principles Thinking does allow us to build everything from scratch, from the ground up. And of course it will require a lot of effort and allocation of our time. This is the reason there are still very few people who want to do it. Closing this article, Elon once said that everyone can actually learn more than they think! (Ruhmaya Nida Wathoni. Illustration: twitter.com)