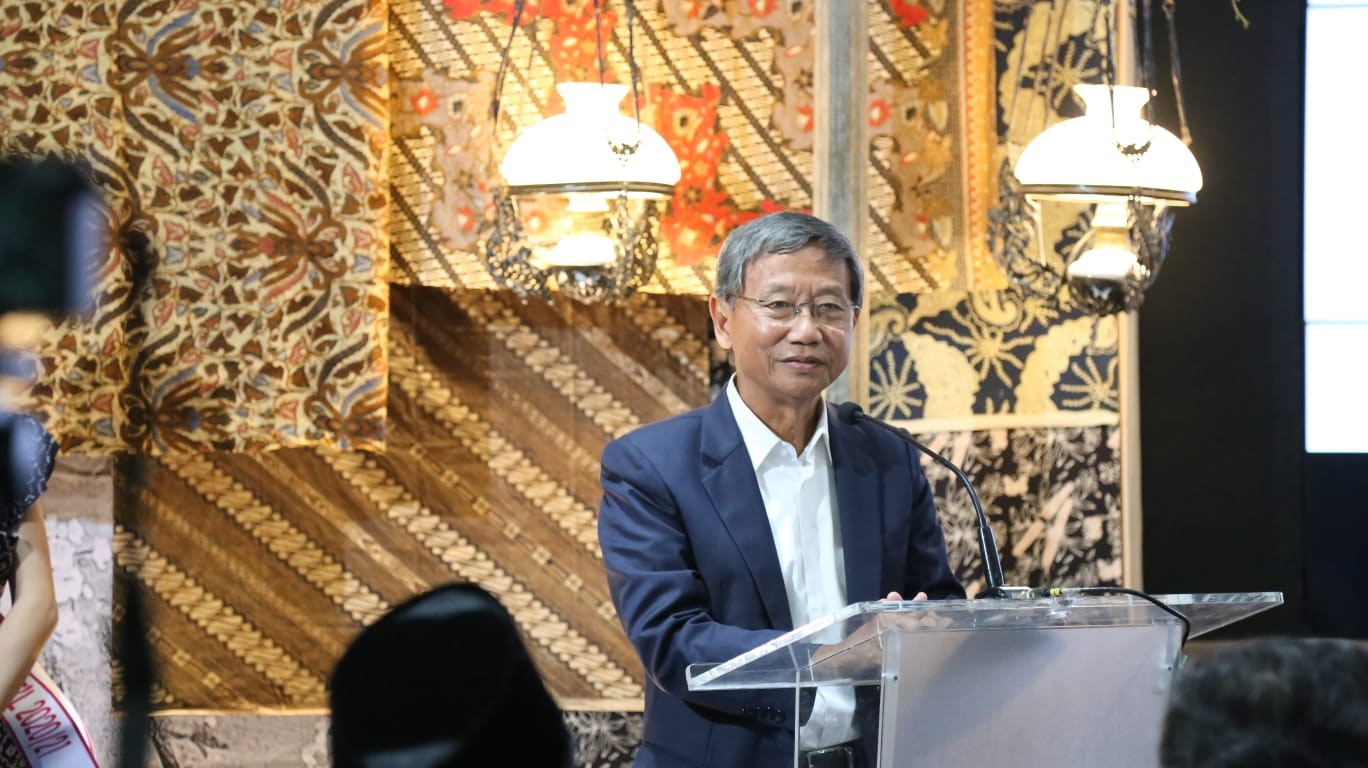 President University (PresUniv) held the pinnacle event  of its  20th Anniversary commemorations at the President Lounge, Menara Batavia on Jl. KH Mas Mansyur, Jakarta, Tuesday (26/4). Attending the event were, the Chairman of Jababeka and the founder of PresUniv, Dr. (HC) SD Darmono, Prof. Dr. Ir. Budi Susilo Soepandji, DEA, Chair of the President's University Education Foundation, along with other foundation administrators, the Rector of PresUniv Prof. Dr. Chairy and all the vice rectors, as well as the deans, alumni, and the academic community of PresUniv. The event is also live streamed through social media channels. Apart from the foundation and the rectorate, there were also former Rectors of PresUniv, such as Ir. Kis Daryono, MSc. MA, Ph.D, who was the first rector, as well as several others, such as Hasan M. Soedjono MBA, Prof. Dr. Muliawati Gunawan Siswanto, Prof. Dr. Ermaya Suradinata, SH, MH, MS, Andi Mappi Sameng who is former Director General of Tourism, and Dr. Drs. Chandra Setiawan, MM, Ph.D.

Among the guests, there was Arief Yahya, Minister of Tourism (2014-2019), the Marketing Expert Hermawan Kartajaya, the Commissioner of PT Jababeka Tbk. Michael Gan, the President Director of PT Jababeka Tbk. T. Budianto Liman and other members of the board of directors, the founders of PresUniv who were represented at the event by their sons and daughters, as well as representatives from several companies in the Jababeka industrial area, Cikarang. These companies have been collaborating with PresUniv in various programs. In his speech, the founder of PresUniv who is also the Chairman of the Jababeka Group, SD Darmono, told a story about PresUniv's 20 Years. “Usually it is Indonesian students who study at various campuses abroad, at PresUniv is the opposite. Since the beginning, we have invited foreign students to study at PresUniv,” said Darmono.

To help overcome social inequality through education, PresUniv provides scholarships to students who come from various regions throughout Indonesia. Said Darmono, “If it is calculated from the founding of the university, the scholarships provided by PresUniv may have reached a value of Rp 2 trillion. Indeed, not all of them were cash awards, but some were in kind, such as reduced tuition fees, boarding fees, and various other costs.” Meanwhile, Prof. Chairy explained many PresUniv's achievements. He said, currently PresUniv has four faculties with 16 undergraduate study programs and two postgraduate study programs. "In the future, we have received permission to open and offer three new undergraduate study programs, namely Agribusiness, Interior Design, and Architecture. Additonally PresUniv , is currently in the process of licensing the  new Faculty of Medicine and the Medical Study Program,” said Chairy. (Gilang Suryanata, PR team. Photo: Silvi)